Commentary: Munger warns 2012 is our tipping point on 'road to ruin'

By Paul B. Farrell, MarketWatch

And yes, we are "fed up with Washington and convinced more than 3 to 1 that the nation is heading in the wrong direction," yet there's "confidence that there will be better times ahead, that the classic American dream endures and hasn't been extinguished. It's not even at its low ebb." Why? Because we're in denial!

Bull market for bonds is ending

Optimism has always been the enduring spirit that made us a great nation, brought us back from overwhelming challenges and impossible odds -- WW II, the Civil War, the 1776 Revolution. Yes, that spirit still burns in our soul, says the poll.

But we also know, as we said earlier in "The Death of the Soul of Capitalism," that over the long-term, through many centuries, historians give nations an average of about 200 years before they burn out. Why? Because the "blind optimism" that makes a nation great in the early years of its rise to power and glory becomes, paradoxically, its worst enemy in the end-days.

Their arrogance traps them in a self-sabotaging cycle that weakens their resolve, makes them vulnerable to new, unpredictable challenges, ultimately destroying them from within. That happens over and over throughout history, even as their optimistic brains tell them they're still the greatest.

So for a moment, please set aside your "optimism," listen to our translation of Munger's drama as a 10-scene crime-thriller about America on the "road to ruin."

Plot notes: Warning, America is on a 'road to financial ruin'

Turns out that like Buffett, whose tales we detailed earlier, Munger's a good storyteller. His parable, "Basically It's Over: A parable about how one nation came to financial ruin," appeared in Slate magazine. Clearly he's warning about the end of capitalism, the end of democracy, the coming end of America.

In his parable Munger calls America "Basicland ... rich in all nature's bounty." In our recasting it as a drama, we'll use "America" rather than "Basicland" in the narrative to drive home the full impact of Munger's powerful message.

Significantly, Munger says 2012 is the turning point, a signal, the moment setting up the final crisis scene. We've often made a similar timing prediction, one tied to the 2012 election, and a reminder of the warning made by Jared Diamond in "Collapse: How Societies Choose to Fail or Succeed." In the late stages of a nation's cycle: A crisis hits. Everyone, leaders and citizens, act surprised. But it's too late: "Civilizations share a sharp curve of decline. Indeed, a society's demise may begin only a decade or two after it reaches its peak population, wealth and power." Just 20 short years to ruin?

Munger warns: "Even a country as cautious, sound, and generous as America could come to ruin if it failed to address the dangers that can be caused by the ordinary accidents of life. These dangers were significant by 2012, when the extreme prosperity of America had created a peculiar outcome: As their affluence and leisure time grew, America's citizens more and more whiled away their time in the excitement of casino gambling." Yes, Main Street "feels battered" while Wall Street gambling casinos generate billions.

In Munger's brilliant parable "the winnings of the casinos eventually amounted to 25% of America's GDP, while 22% of all employee earnings in America were paid to persons employed by the casinos" and "many of the gamblers were highly talented engineers attracted partly by casino poker but mostly by bets available in the bucket shop systems, with the bets now called financial derivatives." Yes, the same derivative bets Buffett targeted when he warned against "financial weapons of mass destruction."

Munger's also not talking about just the million or so gamblers working in Wall Street's "too political to fail" casino-banks. No, "gamblers" are also among Main Street America's 95 million average investors, though most of the high rollers are the slick pros on casino payrolls where "most casino revenue now came from bets on security prices under a system used in the 1920s." Think of Goldman's trading operation that often makes $100 million profits daily, while America has close to 20% underemployed.

Now comes the crucial turning point in Munger's crime-thriller: "Many people, particularly foreigners with savings to invest, regarded this situation as disgraceful. After all, they reasoned, it was just common sense for lenders to avoid gambling addicts ... They feared big trouble if the gambling-addicted citizens of America were suddenly faced with hardship." They were right.

Scene 5: Nations in denial rarely prepare for disasters in advance

"Then came the twin shocks," a plot twist borrowed from "Avatar," "Wall-E" and Al Gore, the kind of shocks that most "optimists" (especially those hell-bent on voting Obama and the liberals out of office by 2012) always deny. So, "hydrocarbon prices rose to new highs." Munger must mean a twist like oil hitting a scene-stealing $1,000 a barrel.

America seeks the advice of the "Good Father," a tall ex-Fed chairman who suggests "America change its laws. It should strongly discourage casino gambling, partly through a complete ban on the trading in financial derivatives, and it should encourage former casino employees -- and former casino patrons -- to produce and sell items that foreigners were willing to buy." Never happen: Not as long as Wall Street's gamblers can make more in a year trading derivatives than most Americans make in a lifetime. Why "work?"

Sounds great, many approved, "but others, including many of America's prominent economists, had strong objections. These economists had intense faith that any outcome at all in a free market -- even wild growth in casino gambling -- is constructive. Indeed, these economists were so committed to their basic faith that they looked forward to the day when America would expand real securities trading, as a percentage of securities outstanding, by a factor of 100, so that it could match the speculation level present in the United States just before onslaught of the Great Recession that began in 2008."

Though Munger and his partner got rich in this bizarre parable, his plot turns dark as America's "investment and commercial bankers were hostile to change. Like the objecting economists, the bankers wanted change exactly opposite to change wanted by the Good Father." Wall Street "came to believe that the Good Father lacked any understanding of important and eternal causes of human progress that the bankers were trying to serve" by leaving today's free market gambling casino operations untouched, so it could quickly return to pre-2008 "greed is very good" reality.

The endgame now unfolds rapidly. Munger warns that America's investors, workers and citizens have become so jaded they merge with Wall Street's self-sabotaging conspiracy: "Of course, the most effective political opposition to change came from the gambling casinos themselves. This was not surprising, as at least one casino was located in each legislative district." They "saw themselves as part of a long-established industry that provided harmless pleasure while improving the thinking skills of its customers."

The 86-year-old Munger is himself a metaphor for America's version of the classic historical cycle: He was an optimist as he and Warren built their $267 billion company over four decades. But sadly, his parable, his vision of America's future, has no optimistic finale. Rather it's reminiscent of Diamond's "Collapse," Bogle's "Battle for the Soul of Capitalism," and so many other recent reminders about how America just went over a cliff and how Wall Street's casino-banks will soon drive us off a bigger cliff into the Great Depression II by 2012.

Munger's parable is more than a Hollywood suspense-thriller, it's another example of the classic historical life-cycle of a nation.

In the final scenes "politicians ignored the Good Father one more time," the casino-banks returned to gambling in derivative "securities with extreme financial leverage. A couple of economic messes followed, during which every constituency tried to avoid hardship by deflecting it to others. Much counterproductive governmental action was taken, and the country's credit was reduced to tatters. America is now under new management, using a new governmental system. It also has a new nickname: Sorrowland."

Epilogue: Your moral dilemma: a no-win scenario or historical destiny?

Do we really have a choice? Ask yourself, what's ahead after 2012? Can you see beyond a destructive campaign: Obama at war with Palin and the "Tea Party of No?" What are the long-term prospects of our "civilization." Do you share Munger's dark vision?

Or does the USA Today/Gallup Poll tell you guys like Munger, Buffett and Volker do "lack any understanding of important and eternal causes of human progress that the bankers are trying to serve" with their gambling casinos. "Optimists" in those polls are just politicians, bankers and citizens like you, in denial, can't hear the warnings. So we get no changes, no action, no preparations because at this stage in the long-term historical cycle, optimism has turned into our worse enemy, wishful-thinking.

Solution? Get into action, let's launch the "Second American Revolution." Got any constructive, optimistic strategies? Share them. Add your comments. 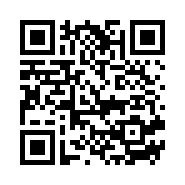