A parable about how one nation came to financial ruin.

In the early 1700s, Europeans discovered in the Pacific Ocean a large, unpopulated island with a temperate climate, rich in all nature's bounty except coal, oil, and natural gas. Reflecting its lack of civilization, they named this island "Basicland."

The Europeans rapidly repopulated Basicland, creating a new nation. They installed a system of government like that of the early United States. There was much encouragement of trade, and no internal tariff or other impediment to such trade. Property rights were greatly respected and strongly enforced. The banking system was simple. It adapted to a national ethos that sought to provide a sound currency, efficient trade, and ample loans for credit-worthy businesses while strongly discouraging loans to the incompetent or for ordinary daily purchases.

Moreover, almost no debt was used to purchase or carry securities or other investments, including real estate and tangible personal property. The one exception was the widespread presence of secured, high-down-payment, fully amortizing, fixed-rate loans on sound houses, other real estate, vehicles, and appliances, to be used by industrious persons who lived within their means. Speculation in Basicland's security and commodity markets was always rigorously discouraged and remained small. There was no trading in options on securities or in derivatives other than "plain vanilla" commodity contracts cleared through responsible exchanges under laws that greatly limited use of financial leverage.

Information received since the Federal Open Market Committee met in April suggests that the pace of economic contraction is slowing. Conditions in financial markets have generally improved in recent months. Household spending has shown further signs of stabilizing but remains constrained by ongoing job losses, lower housing wealth, and tight credit. Businesses are cutting back on fixed investment and staffing but appear to be making progress in bringing inventory stocks into better alignment with sales. Although economic activity is likely to remain weak for a time, the Committee continues to anticipate that policy actions to stabilize financial markets and institutions, fiscal and monetary stimulus, and market forces will contribute to a gradual resumption of sustainable economic growth in a context of price stability. 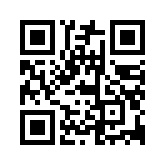