BHP Billiton has stared down an unprecedented attempt by China to force Australian iron ore producers into accepting a 65% increase in contract prices or face being squeezed out of the lucrative spot market for the key steel-making raw material.

Its chief commercial officer, Alberto Calderon, said the price settlement "absolutely" had to be higher than the 65% increase that Brazil's Vale recently accepted. He said that as much as $US8 billion ($A8.6 billion) in additional annual revenue was at stake for the Australian producers, with that figure representing the difference between the landed cost of Australian iron ore in Asian markets and the landed cost of Brazilian iron ore.

"You can calculate what that means in terms of royalties and taxes," Mr Calderon said of the potential windfall if after more than three years of trying, the Australian producers could finally pocket the so-called freight differential between Australian and Brazilian iron ore.

But China is holding out against the demands of the Australian producers and, as disclosed in BusinessDay yesterday, it has black-balled the producers from selling in China's daily spot market, where prices at the moment are more than $US100 a tonne above the price producers receive under their contract arrangements.

Mr Calderon said the situation was one of the "temporary things" that could be expected during price negotiations and would need to be resolved with customers. The sharemarket took a dim view of the growing hostilities, cutting BHP shares by $1.80 or 4.8% to $35.70.

Jim Jia, a leading Chinese steel industry analyst with Mysteel, said the black-balling of spot sales by the Australian producers was "quite easy to understand".

"This is a bargaining ploy relating to the price negotiations," he said.

Meanwhile, Mr Calderon reaffirmed that while BHP would honour all its iron ore contracts, any additional production from the Pilbara would not be sold under the current "benchmark" system. Under that system, the Australian producers would have followed Vale's settlement with the Chinese.

Mr Calderon was speaking at a media briefing in Melbourne intended to underline BHP's message that its bid for Rio was all about relative values and not the absolute value line that Rio has used in its outright rejection of the 3.4-for-1 scrip offer.

Mr Calderon claimed that nothing Rio had said in recent presentations — or for that matter BHP itself — had "really affected the share exchange ratio" at which Rio had been trading. Rio closed at a 3.43-for-1 ratio yesterday. Mr Calderon repeated recent statements by BHP chairman Don Argus that a claimed $US40 billion uplift in Rio's value in response to the BHP offer would disappear if the offer was withdrawn.

The offer remains conditional on clearance from the European Commission's antitrust arm. Mr Calderon said a formal application for clearance would be lodged next month. "We believe that we have a very strong case," he said. 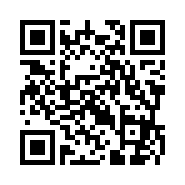